US Attorney General Eric Holder is under fire by the Republican members of Congress over the ‘Fast and Furious’ gun smuggling scandal that has begun to engulf the Bureau of Alcohol, Tobacco and Firearms, the FBI, including the DEA doing a collateral money laundry for Mexican cartels. Its little concern that these scandals began during the Bush administration, and are now fully endowed by Obama’s Department of Justice.

Democrats are understandably reluctant to join in calling for either more investigations of these unfolding sandals, but are nevertheless as culpable as both the Bush and Obama administrations regarding the participation of major law enforcement agencies in providing arms, intelligence and money laundering for Mexican drug cartels that were allegedly being investigated for racketeering and other crimes.

The grandstanding by the GOP regarding Drug War hypocrisy underscores the lack of credibility that both parties share in thwarting the majority of Americans desire to end the wars on drugs and those other endless planetary conflicts.

In case you’re just joining us, a recap. Fast and Furious was an operation run out of the Arizona field division of the Bureau of Alcohol, Tobacco, Firearms and Explosives (ATF). Agents told gun dealers to let individuals they thought were “straw purchasers” for Mexican drug cartels buy semi-automatic weapons even if they were suspicious of their intentions.

The plan was to let those guns “walk” to figure out where they ended up and be able to take down some kingpins in the gun smuggling ring (Unlike with handguns, federally licensed firearms dealers aren’t required to report the purchase of multiple “long guns” by a single individual to the ATF, so it’s tough for them to get leads unless gun dealers are proactive. The Obama administration has since instituted a rule requiring dealers to report the sales of multiple long guns to ATF, but only in the four border states.)

All in all, around 2,000 weapons “walked.” Many of them ended up at crime scenes in Mexico. Two were found at the murder scene of Border Patrol Agent Brian Terry.

That’s where Congress comes in. Whistleblowers in ATF brought their concerns to the attention of Iowa Republican Sen. Chuck Grassley, and he wrote a letter to DOJ in late January, 2011. There’s been a drip, drip, drip of Fast and Furious materials ever since as Grassley and House Oversight Committee Chairman Rep. Darrell Issa have investigated (Issa’s spokesman told the Daily Caller on Thursday that the chairman of the Oversight Committee would “on the need to clean house” during the hearing.)

Documents have show that officials within the Criminal Division at “Main Justice” — DOJ headquarters in Washington, D.C. — were aware that the “gun walking” tactic was used during the Bush administration because they were prosecuting a case that had languished for years. U.S. Attorney for the District of Arizona Dennis Burke resigned and former acting ATF Director Ken Melson was reassigned as were plenty of other ATF officials who had knowledge of the gun walking tactics.

On Wednesday, Grassley called on Assistant Attorney General Lanny Breuer, who heads DOJ’s Criminal Division, to step down because he knew of the Bush-era “gun walking” even though DOJ denied in a Feb. 4, 2011 letter that ATF would ever walk guns. A Justice Department spokeswoman said Holder is standing by Breuer.

Holder has accused politicians of playing “gotcha” games, called Fast and Furious “flawed in concept, as well as in execution” and accused Tucker Carlson’s Daily Caller of being “behind” the calls for his resignation because they’ve been running a nearly daily tally of Republican congressman who have asked for him to step down.

Questions: Who is more qualified to distribute and monitor drugs? Your pharmacist or the DEA?

Who is more qualified to prescribe and recommend drugs? Your doctor or the DEA?

Where is the best place to buy drugs? Drug dealers or pharmacies?

Is marijuana worth fighting and dying for?

Will the Obama administration continue to expand the drug wars, even though there is widespread support for providing medical marijuana in a safe and legal environment? 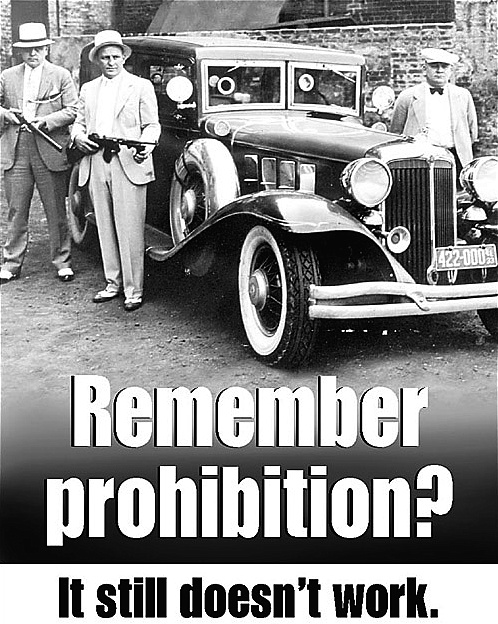 To be continued and continued…