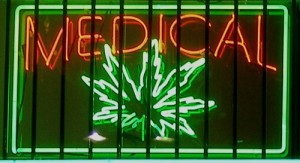 On the heals of victorious perpetual wars, comes the New, Improved, Drug War Surge. And I bet you thought Obama was a pothead.

Under the Obama Administration at least a half dozen federal agencies are being deployed to harass patients, hamper dispensaries, prevent research and in general cripple medical marijuana in this country.

Internal Revenue Service – Last week the IRS ruled that an obscure tax provision from the 80’s means the California medical marijuana dispensary, Harborside Health Center, can’t claim the standard business deductions available to any normal company. Not being able to claim standard business deductions, such as payroll, rent and insurance, would make it practically impossible for dispensaries to function. If the ruling stands and applied broadly it would cripple the medical marijuana industry. 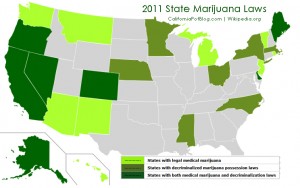 Department of Justice – Obama’s Department of Justice has been involved in so many efforts large and small to hamper medical marijuana, I will not list them all here.  Two of these seem most important. Earlier this year several US Attorneys sent letters to governors of states that were in the process of adopting medical marijuana measures.  The letters threatened to prosecute not just individuals who would run dispensaries but even state employees providing the licenses for dispensaries. As a result of these DOJ threats, Washington Gov. Chris Gregoire vetoed a dispensary bill, and the state of Rhode Island decided not to move forward with its plan to establish three dispensaries. These moves cost many sick Americans access to safe and legal medical marijuana. More importantly, in the newest act of escalation from the Obama Administration four US Attorneys in California last week held a press conference threatening criminal actions against many of the states’ dispensaries.

Drug Enforcement Administration – Despite the 2009 Ogden memo, DEA raids on medical marijuana dispensaries and growers that appear to have compiled with state law have continued.

Bureau of Alcohol, Tobacco, Firearms and Explosives – Just last month the ATF declared that medical marijuana patients in states where the use of medical marijuana has been legalized can’t purchase firearms or ammunition. The ATF considers these state-sanctioned medical marijuana patients to be “addicts” and/or “unlawful drug users” and therefore are prohibited from owning a firearm under federal law. The ATF is now forcing individuals to choose between the medicine they depend on and their second amendment rights.

Department of Health and Human Services – In April the FDA approved a study to be done by the Multidisciplinary Association for Psychedelic Studies into the potentially beneficial effects of marijuana in helping reduce the symptoms of post traumatic stress disorder. Post traumatic stress disorder is a serious and growing problem among American service members due to our decade long war in Afghanistan. Despite getting FDA approval, a few weeks ago HHS refused to provide the researchers with federally grown marijuana necessary to carry out the study. The bizarre conflicting justification for the HHS rejection gives the clear impression that the HHS is actively trying to block any research in the potential of marijuana to treat PTSD. Proof that medical marijuana can be beneficial to these suffering veterans could prompt more states to allow for it. 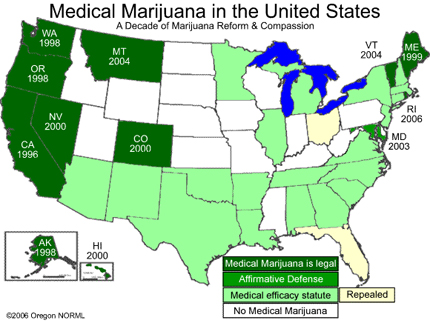