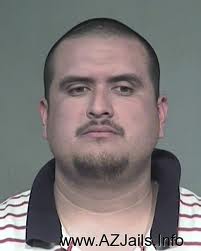 Accused ‘straw buyer’ of US firearms, Danny Cruz Morones entered a Plea Bargain in Federal Court, pleading guilty to charges connected with the ‘Fast and Furious’ gun walking scheme, and will now serve four years and seven months in prison.

“A federal judge sentenced Danny Cruz Morones to nearly five years in prison for his part in the 20-man gunbuying operation. The gunrunners would buy the weapons at a Phoenix gun store and then smuggle them into Mexico. Unknown to the gunrunners, federal agents were quietly monitoring the buys but allowing the sales and the trafficking to go through.”

← Amy Goodman at the Bisbee Royale – “This is so amazing!”
Bisbee Events and Celebrations →