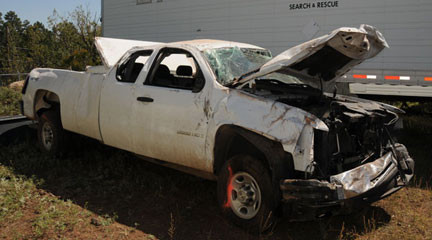 A preliminary report on the accidental death of Cochise County Sheriff Larry Dever indicates that he was traveling 62 miles per hour on a gravel road, and not wearing a seat belt, when his truck veered off to the left, as the road turned to the right. His air bag failed and he was killed immediately.

These details are found in a preliminary report, based on black box data and eye witness accounts.

“An initial report on the death of Cochise County Sheriff Larry Dever reveals that he lost control of his truck around a curve of a U.S. Forest Service gravel road, authorities said.

Officials said they believe Dever was heading south and lost control of his truck as the road curved to the right. Dever’s truck veered to the left-hand side of the road before rolling over and crashing into a rocky embankment on the right-hand side, according to the recently released Coconino County Sheriff’s Office report…” 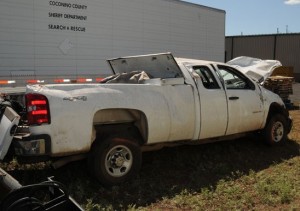