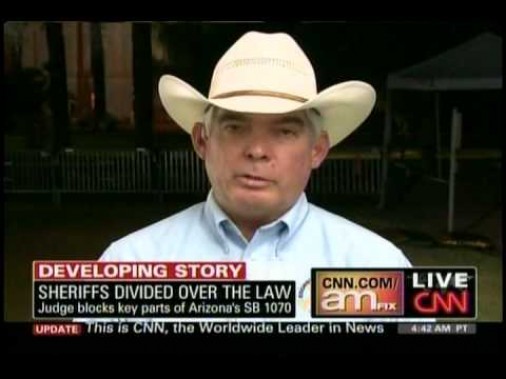 Cochise County Sheriff Larry Dever has won the permission of the Cochise County Board of Supervisors to be represented by attorneys of the Border Sheriffs Project.

The Board unanimously approved his request in a 3-0 vote on 9/2/2010, clearing the way for the Sheriff to raise funds with Pinal County Sheriff, Paul Babeu. The sheriffs are defendants in the current Department of Justice lawsuit challenging Arizona’s controversial immigration law SB1070.

The Sheriff claims that the federal government is not maintaining a secure border, and that his office and staff are overwhelmed with issues that SB1070 would address.

SB1070 is being challenged as unconstitutional, and conflicting with federal jurisdiction of enforcement and prosecution of immigration laws.