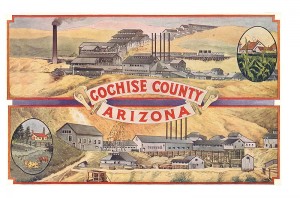 Cochise County residents across the political spectrum complained about having their representation divided in the newest redistricting maps.

“The Buena High School auditorium had about 176 people Tuesday night, and many of them were ready to give their feedback on the draft redistricting maps for Arizona.  Many of them criticized the Arizona Independent Redistricting Commission for dividing Cochise County among two districts.

“If this is a congressional district, you split Cochise County in half,” Kathleen Gomez, V.P. of the Greater Douglas Chamber of Commerce said to the redistricting board as she tore a piece of paper in half, and then picked up another one.  “If this represents Cochise County in the legislature, you’ve taken Douglas and Bisbee and divided us.”

Many at the hearing wanted Cochise County to remain in one district for both Congress and the state legislature.

“We’re going to find ourselves cut off from the area where we have been voting and we have been associated with,” said Leon Gordon, who lives in Palominas.

Some border communities would join Santa Cruz County’s legislative district.  Congressionally, eastern Cochise County would be part of a district that extends north through Flagstaff to the Utah border….”