Questionable motives, a virtual fence, and a bad business model equals commingled, crony capitalism. Or, another Arizona business commoditizes ‘hate’ with the help of Arizona politicians.

The leader of a group of b

order patrol activists has told Raw Story that being labeled a “hate group” is hurting his business.

The Southern Poverty Law Center (SPLC) has classified the American Border Patrol as a “hate group,” calling it “one of the most virulent anti-immigrant groups around.”

On Friday, Spencer provided Raw Story with a letter that he said his attorneys sent to the SPLC threatening legal action. “For the past several years, your organization has unfairly mischaracterized Mr. Spencer as a racist who hates the Mexican population based upon misinformation and misrepresentation that Mr. Spencer’s ideology is ‘anti-immigrant,’” the letter says.

“In Summary, your organization is responsible for publishing misinformation to falsely accuse Mr. Spencer of being a ‘racist,’ ‘vitriolic Mexican-basher,’ and extremist,” the letter concludes. “We believe the publication of such misinformation by your organization was deliberate, done with malice and with the intent to defame Mr. Spencer and cast him in a false light.”

“Mr. Spencer has suffered damages as a result of your organizations deliberate and malicious actions and such misrepresentations should be removed from your website immediately. Failure to do so will force Mr. Spencer to take additional steps to protect his rights and reputation, mental and emotional interests.” 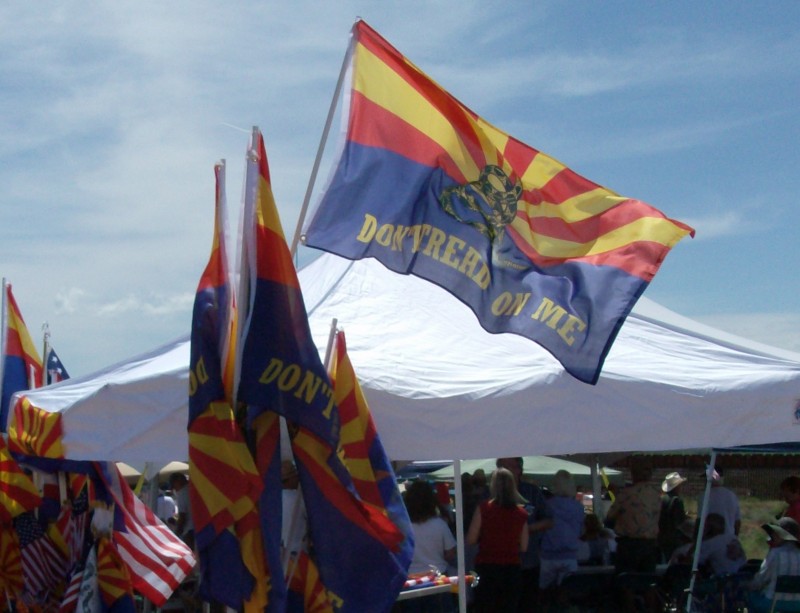 In an interview on Tuesday, Raw Story asked Spencer to detail the damages that he had suffered.

The border control activist said that he had met with the Department of Homeland Security and buyers in Africa who were interested in his “virtual fence” technology, but they could have been turned off by the “hate group” label.

“How can it hurt me? If it gets out there that I run a hate group, do you think these people in Africa want to work with me?” he asked. “They usually don’t say anything. Suddenly everything just stops.”

“I hope this goes to court, and I hope that I can find the money — and I think I will be able to — to defend myself because it’s going to have to be before a judge, and maybe go to the Supreme Court. I don’t care,” Spencer insisted. “I want a day in court to tell the truth here.”

When pressed for details about a connection between the “hate group” label and lost business, Spencer pointed to the Department of Homeland Security.

“I briefed the head of technology for DHS,” he said. “For some strange reason, right — we’ve come up with the best technology they’ve ever seen, and yet, they won’t deal with us.”

As the interview ended, Spencer lashed out at the media for reporting on his connection to a “hate group” instead of doing “a story about the most incredible development that could create jobs in Arizona, and help save elephants! Right? In Kenya? Hell no! They don’t care about that! They only care about smearing me!”

“You’re able to run this story and repeat what has been said about me, but you don’t know crap.”

At that point, Spencer hung up the phone.

Spencer also provided Raw Story with a similar letter apparently sent to The Huffington Post, demanding that the publication apologize for calling him “anti-immigrant.”

Watch a video of Spencer demonstrating his border control technology below.

David Edwards
David Edwards has served as an editor at Raw Story since 2006. His work can also be found at Crooks & Liars, and he’s also been published at The BRAD BLOG. He came to Raw Story after working as a network manager for the state of North Carolina and as as engineer developing enterprise resource planning software. Follow him on Twitter at @DavidEdwards.