Songs for the 99% – Bisbee Belugas sing Shady Grove on Earth Day at the Bisbee Farmer’s Market.

END_OF_DOCUMENT_TOKEN_TO_BE_REPLACED

John Ladd and his family have approached the ACLU regarding the constant violations of Constitutional and property rights that the Border Patrol commit on a daily basis. Here is a video provided courtesy of the ACLU of Arizona.

END_OF_DOCUMENT_TOKEN_TO_BE_REPLACED

The Southern Poverty Law Center (SPLC) has classified the American Border Patrol as a “hate group,” calling it “one of the most virulent anti-immigrant groups around.”

On Friday, Spencer provided Raw Story with a letter that he said his attorneys sent to the SPLC threatening legal action.

“For the past several years, your organization has unfairly mischaracterized Mr. Spencer as a racist who hates the Mexican population based upon misinformation and misrepresentation that Mr. Spencer’s ideology is ‘anti-immigrant,’” the letter says.

END_OF_DOCUMENT_TOKEN_TO_BE_REPLACED

“I will not seek reelection nor run for city council. I promised my family it would be one term.,” she said. “My husband hasn’t retired; he lives in New Mexico and we rarely see each other. I will return to serve as a volunteer on boards or commissions. I will be available for a 2015 film festival and will be available for other community projects.”

END_OF_DOCUMENT_TOKEN_TO_BE_REPLACED 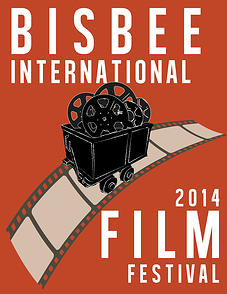 The first Bisbee International Film Festival is online and almost ready to welcome submissions. Bisbee Mayor Adriana Badal has appointed Allison Otto as Project Manager to run the festival, while Mayor Badal will also be the Managing Director… The mission of the Bisbee International Film Festival (BIFF) is to honor and encourage an appreciation of the people, culture and environment of the U.S./Mexico border region through a celebration of film and visual arts.

END_OF_DOCUMENT_TOKEN_TO_BE_REPLACED

As the number of deportations under President Obama approaches 2 million people and immigration reform lags under Republican obstruction, undocumented immigrants are fighting back through acts of civil disobedience. Hundreds have gathered at the U.S.-Mexico border this week to support a group of undocumented youths and families seeking re-entry into the United States.